Oral Bacteria: The Good, the Bad and the Ugly

Your mouth plays a vital role to your body. It comes in contact with food, drink and air, working hard to maintain a healthy balance with the various nutrients and bacteria that you interact with on a daily basis. It’s constantly harbouring a diverse and plentiful microbial community on the surfaces of your gums, teeth, tongue and cheeks. Most of the oral bacteria are beneficial organisms that co-exist with each other and your body.

It’s estimated that there are between 500 to 650 different species of bacteria interacting in in the oral cavity at any given time. Only a few of these species are believed to cause tooth decay, and Streptococcus mutans is considered one of the most damaging. However, the state of the tooth will influence what type of bacteria is affecting its condition—different bacteria cause harm at different stages of the disease process. As it collects around teeth and gums it forms a sticky, creamy-coloured mass called plaque. Did you know: your teeth are the only part of your body that does not have a self-regulated shedding system. As a result, plaque will stick and remain in areas of the mouth that don’t have a free flow of saliva, such as grooves in molars and between teeth. The good news is, if caught early, plaque is soft enough and can be removed by brushing! But, if not brushed off, it can mineralize and harden within 48 hours, and after 10 days can develop into dental calculus, called tartar, which is very difficult to remove.

Remember hearing about sugar bugs as a kid? That’s because the sugar found in foods like candy, soft drinks and fruit juice is the main culprit in tooth decay. When sucrose, also known as table sugar, comes in contact with the mouth, it interacts with intra-oral bacteria, resulting in lactic acid that decreases the pH balance in the mouth. This allows easier access for harmful bacteria to attack the tooth. The degree of tooth decay, also known cariogenicity, is relative to how long sugar remains in the mouth as well as frequency of exposure. In other words, if you ingest sugar often, and don’t brush regularly, you’re a great candidate for tooth decay!

The best and most effective way to combat the bad bacteria is regular oral hygiene. Simply brushing and flossing your teeth twice a day will help reduce plaque and prevent food and bacteria from collecting around your teeth.

Remember, it’s much easier to prevent the bad guys from moving in if you don’t let them stay for long. 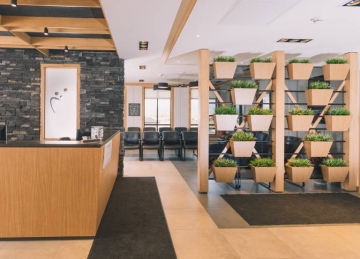